Implicit Beliefs about Intelligence and Implications for Educators 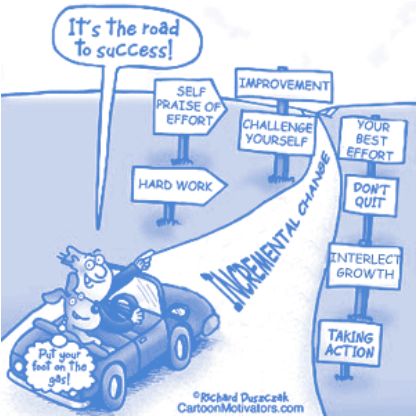 ﻿     Students' implicit beliefs about intelligence structure their inferences, judgments, and reactions to different actions and outcomes.
﻿
﻿     According to the Entity Theory, intelligence is a personal quality that is fixed and cannot be changed.﻿
Entity Theorists

Holding either of these theories has important consequences for people.  Studies have shown that entity theorists of intelligence react helplessly in negative outcomes. "That is, they are not only more likely to make negative judgments about their intelligence from failures, but also more likely to show negative affect and debilitation. In contrast, incremental theorists, who focus more on behavioral factors (e.g., effort, problem-solving strategies) as causes of negative achievement outcomes, tend to act on these mediators (e.g., to try harder, develop better strategies) and to continue to work towards mastery of the task" (Dweck, Chiu, & Hong, 1995, p. 268).

Are you an incremental theorist or entity theorist? Click here to take the test and find out! You can also download it and use it in your profession.